If a Veteran provides a credible lay statement, an examiner is required by law to review and opine related to the facts provided in the statement.

You can read here about how to write a credible lay statement article.

Everything in this article is dependent on the VA not determining the lay statement as being incompetent, incredible, or otherwise irrelevant. The remainder of the article should be interpreted as the lay statements have not been determined to be incredible.

If it is explicitly raised by the Vet or reasonably raised from review of the evidence of the record, BVA must address that issue and explain whether those aspects of the medical text diminish the probative value of the medical opinion evidence to render the opinion inadequate, and if not, why not. McCray v. Wilkie, 31 Vet. App. 243 (2019)

What the Court held in Dalton is that if an examiner founded a negative opinion based on the lack of service record documentation which ignored lay statements that documented the evidence, a Buchanan violation may result and the VA examination may be inadequate.

Where, for instance, a medical expert infers that the absence of contemporaneous medical documentation accompanying a lay assertion establishes the event never occurred, the observed complaint never happened or was otherwise idiopathic, or the lay statement is incompetent, incredible, or irrelevant but, in actual fact, the lay statements have not been found to be not competent, not credible, or not relevant, it may be necessary for the Board to provide a statement of reasons or bases addressing the accuracy and completeness of the expert’s rationale and factual assumptions: in other words, it is well established that the Board cannot utilize or perpetuate a purported absence of contemporaneous medical documentation alone as a basis for the rejection of nonetiological lay evidence. Buchanan v. Nicholson, 451 F.3d 1331, 1336 (Fed.Cir. 2006); Kahana, 24 Vet.App. at 434-37; Colvin, 1 Vet.App. at 172; Washington, 19 Vet.App. at 368; Jandreau v. Nicholson, 492 F.3d1372, 1377 (Fed.Cir. 2007); Dalton v. Nicholson, 21 Vet.App. 23, 38-40 (2007).

Additionally, legally lack of evidence is not a negative factor. 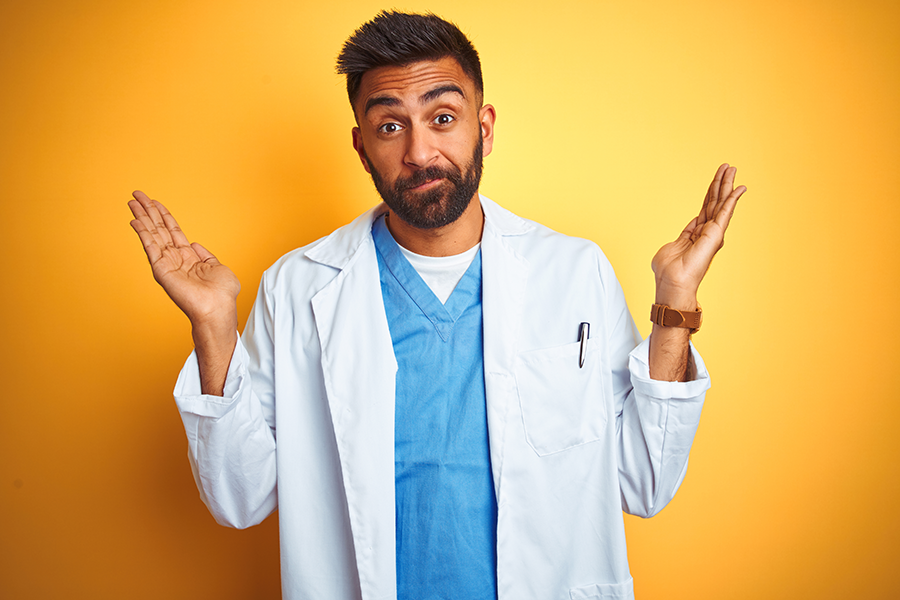 A VA examiner and the Board err where their reliance is on the purported absence of contemporaneous medical documentation, rather than objective evidence; the lack of records "does not, in and of itself, render lay evidence not credible." While "clinical evidence" or contemporaneous medical records are not, as a matter of law, required, the principle is all the more forceful when the Board, in actual fact, never in the first instance finds the lay evidence to be not competent, not credible, or not relevant. Contra Hickson v. Shinseki, 23 Vet.App. 394, 404-05 (2010)

And if the examiner doesn’t read the record and/or doesn’t base their opinions on facts, the examination can be invalidated.

If opinion based on an inaccurate factual premise, VA should discount it entirely. Monzingo v. Shinseki, 26 Vet. App. 97 (2012)

A disability that is proximately due to or the result of SC disease or injury shall be service connected. Allen v. Brown, 7 Vet. App. 439 (1995)

And if your treatment providers have not been able to determine a diagnosis, yet you have pain, then the following applies:

And it is important an examiner who is evaluating a mental health stressor event may not opine on whether stressors are substantiated.

To the extent that the examining psychiatrist is expressing an opinion on whether the appellant’s claimed in-service stressors have been substantiated, that is a matter for determination by the Board and not a medical matter. Sizemore v. Principi, 18 Vet. App. 264 (2004)

Additionally, a VA examiner must provide a rationale for the inability to provide a more conclusive opinion

If an examiner fails to provide an opinion because doing so would require speculation:

And with musculoskeletal conditions, the examiner must give the range of motion, or opine as to why that isn’t possible

In addition to addressing whether pain, weakness, fatigability, or incoordination significantly limit functional ability during flare-ups, the examiner must portray any such functional impairment in terms of the degree of additional range-of-motion loss, or explain why it is not feasible to provide such an opinion. Mitchell v. Shinseki, 25 Vet. App. 32 (2011); DeLuca v. Brown, 8 Vet. App. 202 (1995)

These are but a few of the relevant cases that are precedential - thus they must be followed. In many cases we find the examiners have done a poor job, in others we find that they have not followed the law or over-stepped their bounds. If you find this to be the case, seek accredited counsel! The exams can, and in fact must, be invalidated.